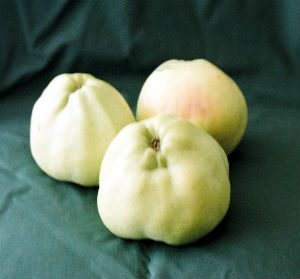 This project was planted in 2004 with assistance from East Linton Primary School.

It is intended to mark the link with East Linton and orchards. Apple growing was an important activity in the East Linton area two hundred years ago and the local Laird, Sir George Buchan Hepburn of Smeaton was keen to see land owners encouraging their tenants to grow fruit bearing trees and contribute to their income.

You can read more about this project in the leaflet compiled by pupils of East Linton Primary school which is available in East Linton Library. All the apples are harvested when ripe and supplied for use at the local Day centre where they are much appreciated by the members. The project is managed by East Linton Horticultural Society..

Details of varieties planted. ( All culinary.)