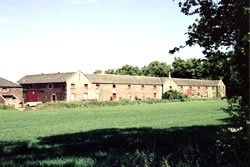 East Linton was at the heart of Agricultural experiment from the late 18th century. In 1793, Sir John Sinclair of Ulbster was allowed by Parliament to establish as Board of Agriculture. He commissioned surveys of agricultural practice in every County of the U K . Some of the first surveys were undertaken by a local network of farmers. George Buchan Hepburn of Smeaton, Robert Brown of Drylawhill, George Rennie of Phantassie and John Shirreff were part of Sinclair’s network of practical men who responded to the challenge of improving crop production through sharing knowledge and experiment. When Sinclair was voted out of office as President in 1797, a Farmers Magazine was launched in 1800 with Robert Brown as editor. The first edition contains a dedication to Sinclair. You can find out more in Vol XXVIII 2010 of the Transactions of the East Lothian Antiquarian and Field Naturalists’ Society. There is an article about the survey Rennie, Brown and Shirreff undertook on West Yorkshire in 1793 in East Lothian Life, Issue 95 Spring 2016 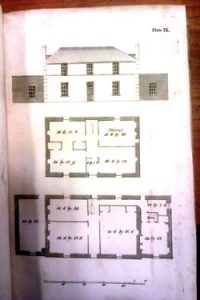 In 2008, a planning application was made to develop the property at Phantassie Farm steading for commercial and visitor interest. It had the potential to promote the agricultural heritage of this part of East Lothian. Unfortunately the application lapsed 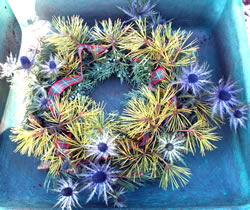 In 1812, Sir John Sinclair visited George Rennie of Phantassie during his tour of significant farmers. In that year, work was also underway to build a farmhouse on Tyninghame estate to a design by Sir John. The house still stands today. This is the original design.The cost? £289.

The link between Sir John Sinclair of Ulbster and four men of the Parish of Prestonkirk, Sir George Buchan Hepburn, John Shirreff, Robert Brown and George Rennie has now been researched and an article can be found in the Transactions of the East Lothian Antiquarian and Field Naturalists Sociey Vol XXVIII, 2010.

A wreath made from foliage from Smeaton estate was laid on the tomb of Sir John in the graveyard of Holyrood Abbey in November 2010 by members of the Scottish Local History Forum. They had considered a paper based on the research which showed the close relationship with all five men in seeking agricultural improvement for the benefit of the rural economy.