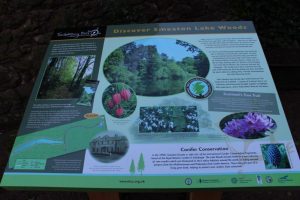 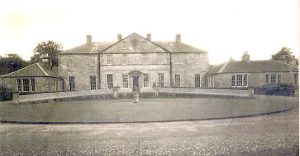 The Smeaton estate was owned by a branch of the Hepburn family for almost four hundred years until 1934. They excavated a lake to the north of a volcanic ridge in the 1820’s and planted significant trees on the site. The estate is now owned by the Gray family. It is now a special area which members of the public may visit.

Seasonal information leaflets are available at the Garden Centre which is open all year.
The collection of trees and shrubs is vulnerable to the new disease called sudden oak death. Visitors to the estate are asked to stay to the paths at all times. The disease can affect a wide range of plants and not just Oak.
Please respect the wild life around the lake and keep dogs under control. The following list of staff at Smeaton was extracted from the cash book of the Buchan Hepburn archives which are privately held. The list is for information only and no further details or later achives are available.

Smeaton estate is seeking to be part of the new National Tree Collections of Scotland and preparatory work is planned in the four month period to April 2014. Further information will be given on this web page.
Further information on the estate and its history is available from David Affleck of the East Linton Horticultural Society. Additional information on the Hepburns of Smeaton is being compiled.
The private garden area can be visited by organised groups who apply in advance to the owners. 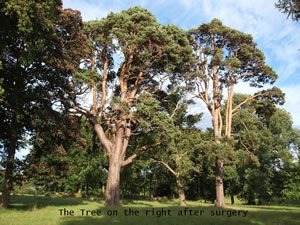 After surgery on the tree on the right 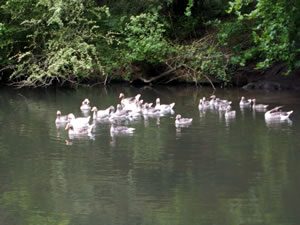 Wild Life at Smeaton
The two Scots pines were meant to show the difference between one left in a natural state and the other after pruning by an arboriculturalist. The one on the left offered a haven for wild life. But is also suffered from gale force winds and blew down in January 2012.
In June 2012, a family of geese was seen crossing the filed to the north of the lake about 5 p.m. They were then photographed on the lake. There is value in visiting the area in the early summer evenings.

The summer edition 2011 of East Lothian Life has the third article following the footsteps of Dr Patrick Neill in 1812 and looks at his visit to Smeaton.

See the page on The Two Smeatons to read about the link with Smeaton in Australia.