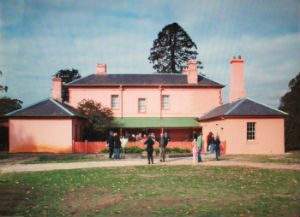 A distance view of Prestonmains Farm on Smeaton estate in East Lothian looking east. The farm house is on the left in the trees.

In October 2013, the residents of Smeaton in the state of Victoria in Australia celebrated the 175th anniversary of the founding of their community by a Captain John Stuart Hepburn who was brought up at Spring Garden in the parish of Whitekirk. His brother James Hepburn was farm manager at Prestonmains from about 1850 until he died in 1888.

It is a fascinating story which I have uncovered recently through a descendant who lives in York and the editor of The Smeaton Independent. It is complicated because there was another John Hepburn of the same family who was a noted Arctic explorer and also because there has been a family view that they were the rightful owners of Smeaton estate in the parish of Prestonkirk. 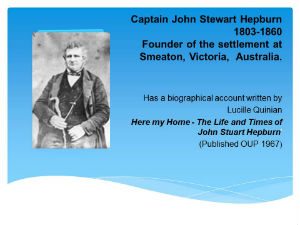 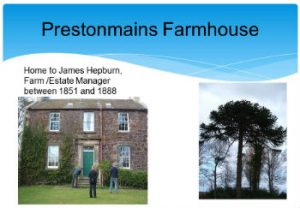 Captain John Stuart Hepburn has been described as responsible for the colony’s most productive ‘bread-basket’ on this side of the planet!

There can be no doubt that the connection between Sir John Sinclair, George Rennie, George Buchan Hepburn, Robert Brown, John Sherrif and Andrew Meikle and their involvement with experimental “husbandry” in this area during the early 1800’s was the foundation stone to this knowledge.

The existence of a Smeaton house in the community established by Captain John is evidence of the historical link with our significant local agricultural and horticultural heritage. 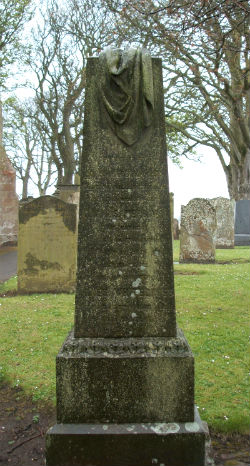 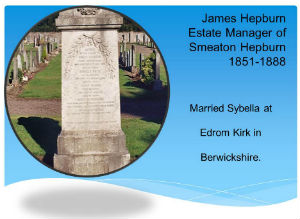 This memorial was erected to the memory of John Stewart Hepburn’s father. It does not mention his mother. Read the talk to find out more.

On the 5th October 2013, a talk was given at Whitekirk Church to mark the anniversary of Smeaton being established as a settlement in the State of Victoria, Australia.

You can read about the background to this branch of Hepburn descendants in The two Smeatons.